Depression and Autoimmune and Chronic Illnesses 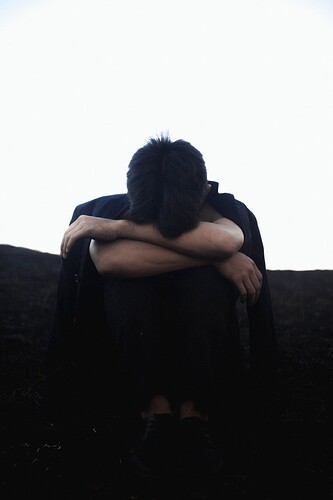 One of the things the Ben’s Friends team always tries to emphasize in the communities is to never to feel guilty for being depressed. Instead, members are encouraged to seek help from medical experts as well as ask and provide support to others including their fellow patients.

Our Co-EDs have always promoted the concept of “to get support, one must give support.” This was explained in detail by Clasina in a previous blog titled Hanging Out is Helping Out: The Cycle of Helping Each Other at Ben’s Friends.

Promoting this kind of attitude towards depression is based on a discussion that has long been going on in many of our communities: depression is a common comorbidity in many autoimmune and chronic diseases. Studies show such is actually the case.

This blog will present findings from recent studies regarding the relationship between depression and autoimmune and chronic diseases.

A study by Yanjun Liu and Xiangqi Tang titled Depressive Syndromes in Autoimmune Disorders of the Nervous System: Prevalence, Etiology, and Influence, “systematically reviewed the current literature to highlight the prevalence, etiology and influence of depressive manifestation in ADNS.” [1]

Even though they’re looking at different autoimmune diseases, a common finding of the many studies is that these patients have a higher risk of suffering depression. For instance, it was found that GBS patients have a higher risk of having depression by 4.8 fold, while among MS patients, “the frequency of depressive disorders rang[e] from 17 to 50%.” [2]

Mathew and Chandran looked at various studies that examined the prevalence of depression among PsA and/or psoriasis patients. The common finding is that depression and anxiety are quite common among PsA patients.

These studies include a 2014 study conducted by McDonough, et. al. where they found a 36.6% and 22.2% prevalence rate for anxiety and depression in a cohort involving 306 PsA patients and 105 psoriasis patients. A study involving 495 PsA patients in Spain, on the other hand, revealed a 17.6% prevalence for depression while a 2017 study found that patients with psoriatic arthritis have a higher risk of depression by 22% compared with the general population. [4]

There are different factors that may be causing or contributing to the prevalence of depression among patients with autoimmune and chronic diseases.

The authors recognize that “it has proven difficult to conclude the subjective experience” but the different constraints resulting from chronic illnesses were found to be related to the patient’s depression in one way or another. Some of these constraints are poor treatment procedures, deteriorating relationships, and high levels of stress. [5]

Aside from the psychological factors, several studies Liu and Tang reviewed found that immunological response or the release of cytokines as well as damage in the brain such as in multiple sclerosis are factors contributing to depression among patients. Moreover, certain substances in the medications such as interferon and corticosteroids were hypothesized to be causing depression among multiple sclerosis and myasthenia gravis patients respectively. [6]

When it comes to psoriatic arthritis, Mathew and Chandran’s review of previous studies show that “pain from PsA and depressive symptoms are inter-connected and point to a common inflammatory etiology for both.” [7]

Needless to say, depression significantly affects patients’ quality of life. According to Liu and Tang, 40-50% of the lowering health-related quality of life (HRQL) was due to neurological changes. The rest of it is caused by other factors including depression, pain, fatigue and cognitive impairment. [9]

Beyond this, however, depression can also have a direct impact on the disease itself. For instance, depression is found to prevent patients’ positive response to PsA treatments. Such is the case of 566 patients in a British study where comorbidities like depression were related to the discontinuance of TNF inhibitors. Mathew and Chandran therefore suggest that physicians should be aware of this correlation when designing patients’ treatment plans. [10]

Our society may have biases against certain behaviors. It is common to hear comments like “toughen up” or “snap out of it” so it is not unusual for people including patients with chronic autoimmune illnesses to feel guilty whenever they exhibit depression symptoms. But as the studies reveal, depression is prevalent among autoimmune patients.

Not only should patients avoid feeling guilty for being depressed, it is highly recommended that they seek help from medical experts. This is both to address the depression as well as to factor that in in their treatment plans as advised in the study above.

Ben’s Friends is a network of safe and supportive online communities for individuals affected by a rare disease. You may check our list of communities here. If you think you would benefit from any of our communities, we invite you to sign up as a member.